MK Council Environment and Waste team has joined forces with environmental charity Keep Britain Tidy and other local authorities across the country to launch a new campaign aimed at stopping the millions of disposable nappies that are contaminating recycling. The campaign comes after a new survey revealed that seven per cent of nappy users – parents, grandparents and carers – wrongly put their disposable nappies in with their recycling, which equates to more than one million people. The campaign is fronted by ‘Ted’ and will be appearing on billboards around the country and on our social media to drive the message home. 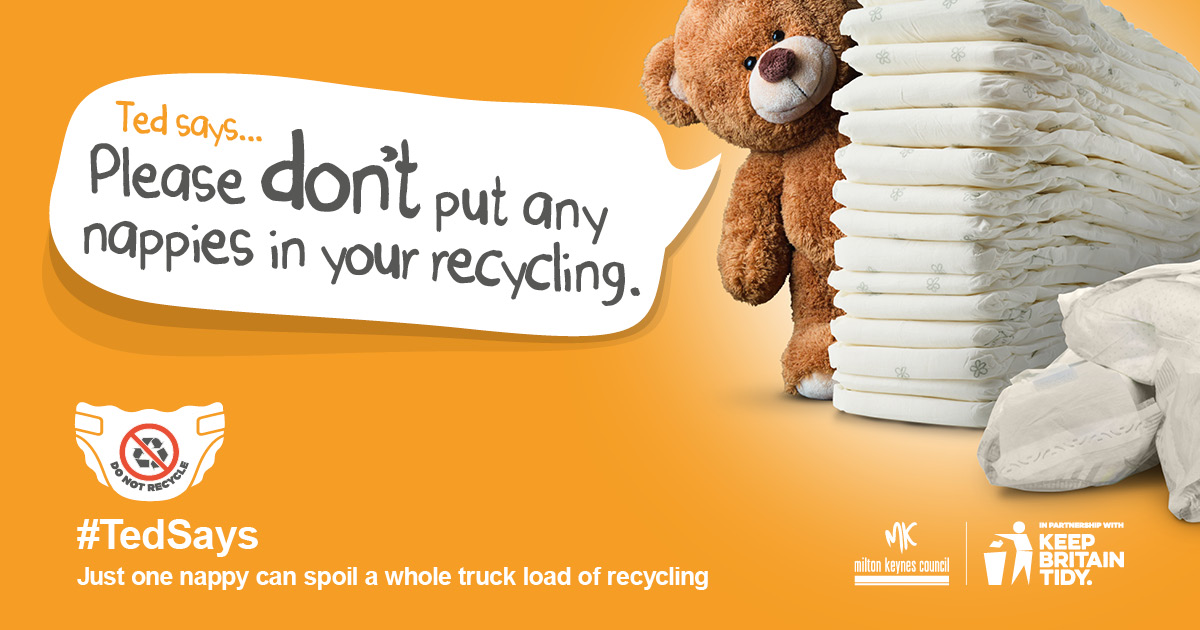 This site uses Akismet to reduce spam. Learn how your comment data is processed.

You can find out more about which cookies we are using or switch them off in settings.

This website uses cookies so that we can provide you with the best user experience possible. Cookie information is stored in your browser and performs functions such as recognising you when you return to our website and helping our team to understand which sections of the website you find most interesting and useful.

Strictly Necessary Cookie should be enabled at all times so that we can save your preferences for cookie settings.

If you disable this cookie, we will not be able to save your preferences. This means that every time you visit this website you will need to enable or disable cookies again.